2015 Was a Record Year for Online Music Distribution

According to a 2015 Nielsen Report, 2015 was another newsworthy year for the record industry.  Not everything was good news, but overall, the demand for music is stronger than ever.

The following are some of the charts and figures form the 2015 Nielsen Music U.S. Report:

Streaming Nearly Doubles Vs. Prior Year 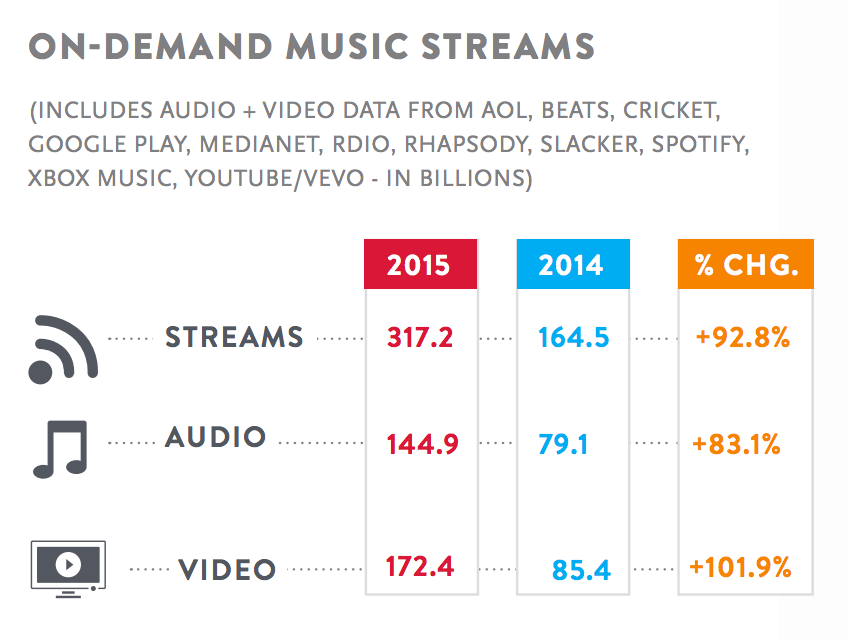 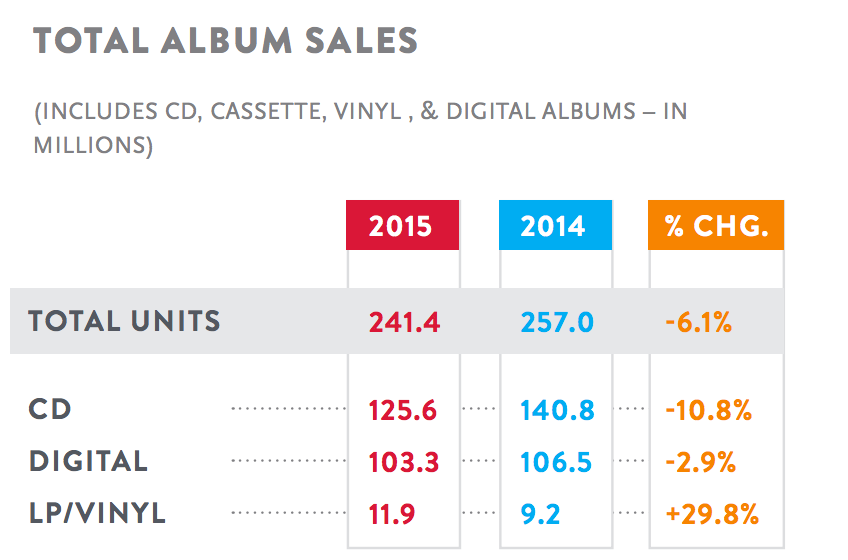 But When SEA (Streaming Equivalent Albums) Are Factored in, Consumption is Up 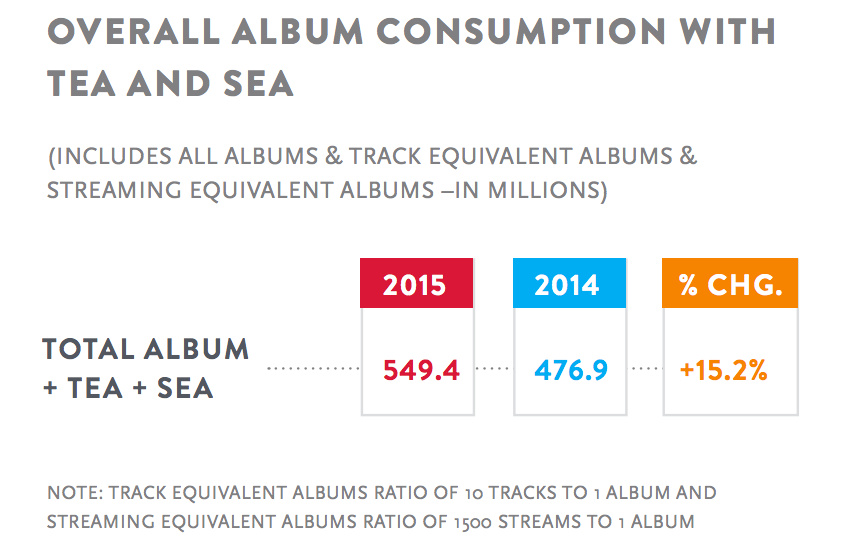 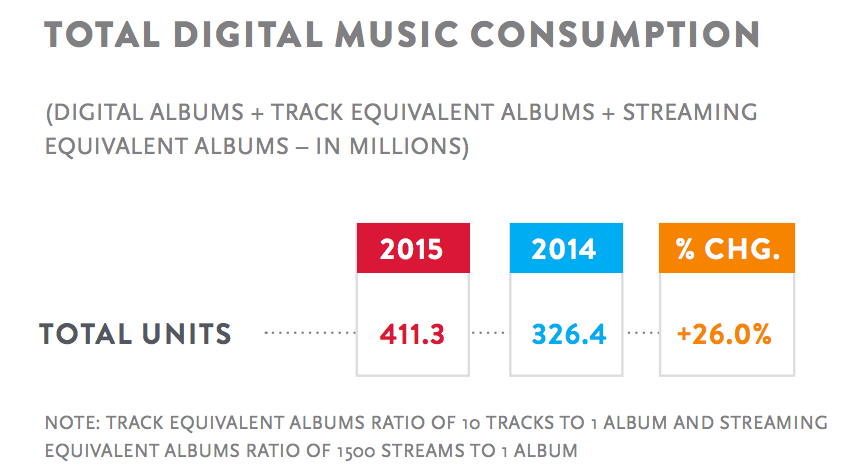 “25’s sales loomed so large, it represented 3.1 percent of total album sales in 2015,” states a Billboard article from the beginning of 2016. Click below to read it: