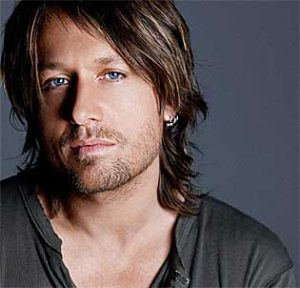 Keith Urban was specifically promoting his new album, Ripcord, when he spoke to USA Today earlier this month, but he could have easily been talking about country music as a whole. “Melody is key,” he told music journalist Bob Doerschuk. “How many songs do we sing along to where we don’t even know the words? Melody pulls us in.”

Urban hinted at an essential part of music that’s not easy to verbalize. Defining the outdoorsy lyrical theme in Luke Bryan’s “Huntin’, Fishin’ and Lovin’ Every Day” or grasping the reflective production values of Tim McGraw’s “Humble and Kind” are fairly routine. But explaining the arc of a melody is much harder. There’s a reason Martin Mull once said, “Writing about music is like dancing about architecture.”

Still, if you listen to some of the current top 20 titles on Hot Country Songs — Maren Morris’ “My Church,” Jon Pardi’s “Head Over Boots,” Old Dominion’s “Snapback” or Urban’s “Wasted Time,” for starters — it’s clear that there’s a strong melodic thread running through the genre. There’s no reliable way to measure it, but country is arguably producing great melodies as consistently as any other genre at this moment in time. It’s ironic, because country has long been praised for its lyrical prowess.

“Right now, I feel like country has taken the best of everything, all the melodies and phrasing, and then they’ve just continued to tell great stories,” says Dan + Shay’s Shay Mooney, a co-writer of Rascal Flatts’ aptly titled “I Like the Sound of That.” “A great lyric is awesome, you know, but if it’s not a good melody you’re not going to care what they’re saying.”

Some other genres are struggling with a shortage of melody, based on the discourse during a Country Radio Seminar panel, “From the Outside Looking In: Other Formats Give Their Take on Country,” in February.

iHeartMedia VP urban and urban AC Doc Wynter, programming at a time when rap has injected plenty of spoken-word into his format, said he’s seeking more music that recalls the sound of Smokey Robinson or Luther Vandross, artists whose biggest successes relied on such ultra-melodic titles as “Tears of a Clown” and “Stop to Love.”

“The Weeknd is a savior for us because traditional R&B has just fallen by the wayside,” said Wynter. “We’re hoping that we’re going to encourage more people who want to sing to bring music to our radio station.”

Cumulus corporate PD of rock formats Troy Hanson drew huge laughs during that same CRS panel when he imitated a throaty, modern-rock screech, essentially criticizing the lack of melody in his format. He has become an advocate for injecting adult alternative album rock into his playlists, basically enhancing the singability of his stations.

“We need to find some of these Black Keys and Muse artists of the world and bring them back [to the format],” he said. Melody isn’t restricted to the lead singer. Chris Lane’s hooky song “Fix” gets some of its mojo from Ilya Toshinsky’s signature guitar line, but that title would not be as addictive without its undeniable vocal progression.

Melody “is something just innately wired in us,” suggests Frankie Ballard, whose forthcoming album El Rio kicks off with two ultra-melodic Chris Stapleton compositions. “You can accept that from a flute or from a harp or from a guitar, but, generally speaking, I think people really prefer it from another human voice, probably because that’s what we’re communicating with. That’s what real.”

It’s also mysterious. Glen Campbell, who has Alzheimer’s disease, needed a teleprompter during his final tour to remember the words to “Wichita Lineman” and “Rhinestone Cowboy,” songs he had sung thousands of times before. But he could still recall the melodies. Why that is, and where that melody comes from, still hasn’t been fully explained.

“I think it comes from Heaven,” Brian Wilson, noted for such indelible melodies as “God Only Knows” and “Good Vibrations,” said a dozen years ago. Wilson treasures his membership in the Songwriters Hall of Fame, in great part because it puts him in a league with another of pop music’s melody studs, Burt Bacharach (“Walk On By,” “The Look of Love”), who likewise can’t cite a source for that aspect of his songwriting talent. “You either have it or you don’t,” he said in 2005.

The process of writing melodies has changed in recent years with the growth and accessibility of recording equipment. Songwriters have historically accompanied themselves on guitar or piano while creating lead lines, but the hip-hop and pop genres began using “loops” — recorded chord progressions that repeat — and pre-recorded tracks to start the writing process. The melody is a late development in that scenario, and the results can be underwhelming if that melody is treated as an afterthought.

“It is important if you’re writing to a track to pause it, bust out an acoustic guitar and test [the song] over just an acoustic guitar,” says Dan + Shay’s Dan Smyers. “If it holds up over that, then it was the right thing. And if not, then you need to go back and rework it.”

Songwriters who create melodies that sit atop of those pre-recorded productions are typically referred to in pop music as “topliners,” a term that likely draws some derision from people who have written melodies the more traditional way. Alternating between tracks and the standard guitar/vocal approach, though, happens frequently among many Nashville songwriters.

“You have to kind of switch between the two,” says Mooney, “because sometimes you’ll be writing on an acoustic guitar, and after the fifth song you’re like, ‘This is all the same stuff that we’ve been doing. It kind of sounds the same.’ But then when you hear a track, it’s like, ‘OK, this is something different,’ and it kind of inspires things in your mind. You’ve got to trick your brain into creativity sometimes.”

Philadelphia soul songwriter/producers Kenny Gamble and Leon Huff — responsible for such lyrically astute songs as “Love Train,” “If You Don’t Know Me by Now” and “Me and Mrs. Jones” — recognize that their words aren’t nearly as inspiring on a page as they are when attached to a series of notes that enhance the emotions behind them.

“Melody is important,” said Huff following a Warner/Chappell event on May 5 in Nashville. “If you didn’t have the melody, what is it?”

The songwriting community in Nashville hasn’t forgotten the importance of that component. It’s one of the underappreciated reasons for country’s boom in recent years. The words are still widely regarded as the driving force in the genre’s material. But when compared to other genres — particularly modern rock and hip-hop — that have underplayed melody’s importance, country’s consistent devotion to the part the listener is most likely to sing back is key to the genre’s current popularity.

This article is a reprint.  Written by Tom RolandIt.  It first appeared in Billboard Magazine’s Country Update on May 19, 2016.

The Foundation for Musicians and Songwriters was established to help in all areas of artist development.  FMS through the generous donations of our sponsors can bring in the resources artist need to establish a career that can influence future generations.

FMS has the connections, insight, eCommerce expertise and business acumen that the vast majority of Musicians and Songwriters don’t have.  Accordingly, as a 501(c)(3) organization, donations to FMS are 100% tax deductible, which helps our Donors pay-it-forward and promote the continuation of music for future generations — benefiting all of humanity.  As a Music Foundation, every dollar we rase is used to develop the artist so they can make a living in the Music Industry and get their music to the world.