Jon Platt, CEO,  is making a lot of changes at Warner/Chappell.  The changes he’s making seem to be good; however, too many changes at once could cause stability issues over there.  Will be interesting to see how things come together. 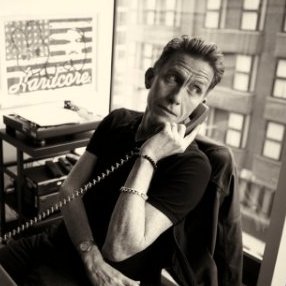 Warner/Chappell Music has announced that in November Virgin EMI music president Mike Smith will join the company as managing director of its U.K. operation. Until then, the office will be overseen by Jon Platt, to whom Smith will report.

Through a career at MCA Music Publishing and EMI Music publishing, Smith’s signings have included Blur, Elastica, Supergrass, Doves, Gorillaz, The White Stripes, The Libertines, Scissor Sisters, Arcade Fire, and Arctic Monkeys. Smith’s music publishing career spanned from 1988 until 2006, when he began working on the record labels side of the business, first as the MD of Columbia Records U.K. and then as president of music at Mercury Records, and finally as president of Virgin EMI.

“Having started my career in music publishing, it is exciting to be returning to a sector of the industry where I enjoyed so many great times,” Smith said in a statement. “Warner/Chappell is one of the real icons of music publishing, and it is an honor and a privilege to have been asked to help guide this great company and the amazing songwriters and catalogs it represents.” 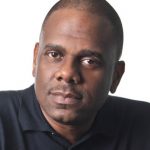 This appointment marks the latest in a series of moves that Platt has made since taking the reins as Warner/Chappell’s CEO in November 2015, and then becoming the company’s chairman at the beginning of this month. Other hires and promotions include Paul Kahn as CFO; Katie Vinten and Ryan Press to co-heads of A&R in the U.S. (excluding Nashville); and Chuck Gamble as VP, Catalog Promotions. Of his latest hire, Platt said in a statement, “Throughout his brilliant career, across both music publishing and recorded music, Mike has demonstrated his commitment to the art of songwriting, putting great songs at the heart of everything he does… With Mike overseeing our U.K. operations, we will be even more powerful as a global destination for the most distinctive, popular, and culturally significant songwriters in the world.”

The Foundation for Musicians and Songwriters was established to help in all areas of artist development.  FMS through the generous donations of our sponsors can bring in the resources artist need to establish a career that can influence future generations.

FMS has the connections, insight, eCommerce expertise and business acumen that the vast majority of Musicians and Songwriters don’t have.  Accordingly, as a 501(c)(3) organization, donations to FMS are 100% tax deductible, which helps our Donors pay-it-forward and promote the continuation of music for future generations — benefiting all of humanity.  As a Music Foundation, every dollar we rase is used to develop the artist so they can make a living in the Music Industry and get their music to the world.